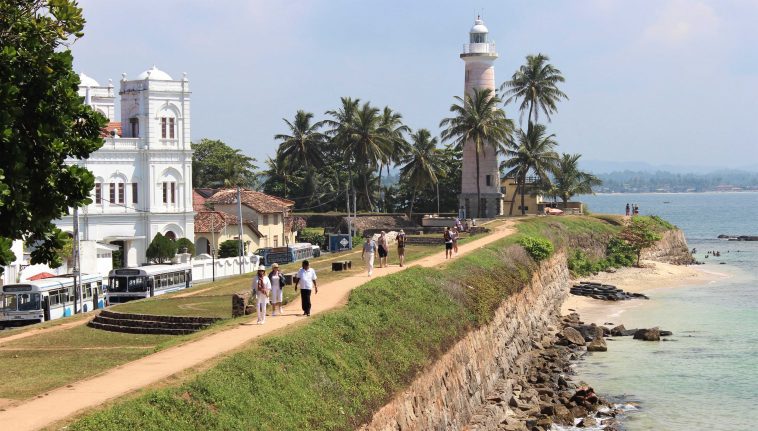 Ranil Wickremesinghe, Sri Lanka’s PM, has said the island’s government “aims to transform the southern city of Galle into a leading tourism hub in South Asia due to its historic value and the World Heritage Galle Fort,” reports Financial Tribune.

According to Wickremesinghe, illegal construction within Galle Fort will be removed and government offices within the fort too will be relocated.

Cities located close to Galle too would see an uplift, the PM said recently at a forum on the Development Plan for Galle and its suburbs, and added that the government has “already made plans to start tourism projects in Akurala and Koggala.”

“With all these projects, Galle, I am certain, will become a major tourism hub in the region,” Wickremesinghe said.

He said Galle’s new development plan with the aim of promoting tourism will be implemented while preserving and protecting the precious World Heritage Site of the historic Galle Fort and no fortifications will be permitted according to the requests of individuals or organizations. Wickremesinghe further said all illegal constructions at the Galle International Cricket Stadium will be also removed accordingly. The prime minister had recently said Galle’s tourism plans will also focus heavily on conservation of the natural ecosystem and new laws will be formulated to protect the environment in the area during construction.

Back to Top
Close

We use cookies and external scripts to improve your experience.

This site uses functional cookies and external scripts to improve your experience. Which cookies and scripts are used and how they impact your visit is specified on the left.

NOTE: These settings will only apply to the browser and device you are currently using.

When you click on a link to Amazon (eg travel guide book recommendation), we can direct you to the Amazon country-specific website closest to you.

Used to serve relevant ads, which is beneficial for you and us. You will see advertising that will be helpful to you and interests you, while assisting us monetise and deliver this content free to you.